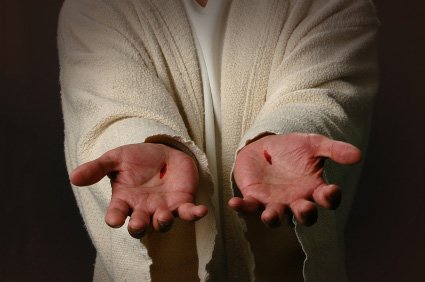 On this Holy Saturday I’m reflecting on the “Seven Last Words” service last night, anticipating Easter tomorrow, and focusing on the space in between.

A “Seven Last Words” service is a tradition in the Black Church that I have come to appreciate. But every year provokes me in different ways.

Since the 16th century, there has been a Good Friday tradition in many churches of focusing upon the the sayings of Jesus as he hung upon the cross. In the tradition (common across Anglican, Catholic, Protestant, and especially African-American churches), these sayings are called “words” —thus a “Seven Last Words” service.

The traditional order of the sayings is:

Notice how this is an example of Gospel harmony combining material from all four Gospels and thus telling a story that is not included in any one Gospel. (You might also be familiar with Haydn’s “The Seven Last Words of Christ.”)

When you preach in a Seven Last Words service, there are a few rules that you should obey:

1. You preach your word only and not someone else’s.
2. You stay within the allotted time limit.
3. You don’t preach Easter.

For those preachers new to this tradition those rules are can be very hard to follow!

To the question “why did Jesus die?”, there is a simple, direct, straightforward answer: Jesus died because he was arrested, tried, and condemned to execution by the ruling authorities.

But this is not the fulsome answer presumed during Good Friday nor is the question posed quite so simply. The traditional question is not “why did Jesus die?” but “why did Jesus HAVE TO die?”

Posing the question in that way demands an answer beyond just the simple statement of the facts. It implies that the death had a purpose perhaps even an intentionality to it – that somehow the death of Jesus was required or necessitated.

Once again we could go back to what I would call a horizontal explanation: Jesus had to die because he was perceived as a threat to the ruling authorities and it was their intention to end this threat.

But Christians from the time of Peter in Acts 2, Stephen in Acts 7, and the Apostle Paul in all of his writings, have gone much further. They have declared that the death of Jesus did indeed have an intentionality to it and that that intentionality has a vertical aspect to it.

When a Mennonite or Anabaptist participates in an ecumenical service on Good Friday, the differences in how we understand this vertical aspect become manifest. If you there last night perhaps you noticed!

Sometimes the horizontal dominates the vertical to such a degree it’s as if the political and religious rulers were only actors on a stage playing their parts. Their motives are irrelevant. Neither Judas nor Pontius Pilate, for example, had a choice. They did what they were required to do by the Passion Play script of which they were participating.

Sometimes it is not just that the vertical dominates the horizontal but that one particular view of the vertical dominates all others. This is the case with what are often called theories of “substitutionary atonement.” In these vertical views, Jesus died because he “had to” and he died “instead of” or “in place of” you and I. He died as a substitution—like the ram that was sacrificed by Abraham instead of his son Isaac (Genesis 22).

These theories are so dominate across all Christian traditions that many believe they provide the only way to understand what Good Friday is all about.

Many Anabaptists in reaction almost discount these substitutionary theories altogether and focus only upon the horizontal view—or highlight Jesus saying “take up your cross and follow me”—or feel drawn to the vertical view expressed by Paul in Colossians 2:15 where Christ has “disarmed principalities and powers. He made a public spectacle of them, triumphing over them in it.”

I find richness in that diversity. I want to both protect and draw upon it. I am always very cautious about dismissing any aspect of the tradition and I am even more cautious about dismissing any aspect of the apostolic witness in the New Testament. I take the horizontal aspect of the death of Jesus as foundational. Each of the four gospels tells the story of the death of Jesus in a different way and with a different emphasis (and with a different account of Jesus’s last words). But the horizontal answer to why Jesus died is foundational to all of them.

The vertical aspect (“why did Jesus HAVE TO die?”) is, however, one that we should not ignore or run away from. We can take substitutionary theories seriously without allowing them to dominate all other theories (like the so-called “Christus victor” theories which focus on Christ defeating the powers). I don’t get upset when this theory is either proclaimed or believed. There is scriptural support for it. But there is scriptural support for other views as well.

The question then is: what does it mean that there are a variety of ways to understand Good Friday?

I understand the Apostle Paul himself reflecting throughout his ministry upon how to articulate all that the life, death, and resurrection of Jesus might mean. He kept coming back to it from different angles and looking at it with a different lens. Three things I learn from this are: (1) we need to come at it from many different angles; (2) no one theory was enough for Paul nor will it be enough for us; (3) we keep coming back to reflect more upon something that can only accurately and ultimately be termed a “mystery.”

A mystery is different than a puzzle or problem. The latter can be “solved” or “figured out.” But a mystery requires continued reflection, internalization, and response.

We must both keep the cross central and not allow any one particular theory of the cross to control our understanding.

However, none of us will be capable of seeing from the perspective of the one who hung there.

I keep coming back to that.

I simply don’t understand Good Friday and I never will. I come back year after year, to ponder, reflect, talk about, pray about, and in some way that I can’t always understand: “trust”. My faith is not correlated to my ability to explain the death of Jesus. I can trust in something I can’t explain. I do it everyday: the beating of my heart, the function of my lungs, the activity of my brain. In that sense I trust in the cross—not because I can explain but because I believe something happened there that is central to my life and to the life of the world.

To me that is the minimum that a follower of Jesus is expected to do. But that minimum is full of such abiding mystery and wonder that it can illumine our lives in surprising ways. But only if we gather to allow it.

Good Friday is not however the last word. Today is Holy Saturday when we remind ourselves that when we’re certain all hope has died . . . get ready! Easter is coming.

The last word is not death but resurrection.